The local synagogue was built in 1725; today's appearance is the result of its renovation in the neo-classical style following a fire in 1821, plus additional changes in 1874 and in the early 20th century. These later alterations in no way harmed the exterior and interior appearance of this exceptionally beautiful and precious building. Inside, the building is divided into a vaulted synagogue with a separate women's gallery and the former Jewish school on the upper floor, with the shamash's quarters on the ground floor. After World War II, the synagogue was used as a warehouse by a construction company. Following the end of totalitarianism, it was returned to the Jewish Community in Prague in 1995 in a desolate state. Partial renovations in 1996-2006 involved the building's structural stabilization and the repair of interior and exterior plasterwork. A fundamental issue was the penetration of moisture into the building, which was only removed during the recent revitalization project, which finally made it possible to renew the synagogue's original appearance, including the entire interior.

The former ghetto surrounding the synagogue is one of the most interesting urban Jewish settlements to have survived in the Czech Republic. It was built in the early 18th century, and its current appearance dates primarily to its reconstruction following the 1821 fire. Nearly all of the ghetto's regularly arranged one- and two-story houses with baroque and neo-classical facades have survived, along with two town squares. Also worth noting besides the synagogue and rabbinical house is the largest of the Jewish quarter's 24 buildings - the former palace of Březnice native Joachim Popper.

The theme of the exhibition in the Březnice synagogue

is Jewish Learning in Bohemia.

Its main aim is  to show the history of Jewish learning in the Czech lands in relation to the life of the local Jewish community and its institutions. The exhibition  also looks at the Jewish population's contributions to cultural and economic developments in Central Europe, with a focus on the Czech lands.

The former  school on the building's first floor houses a regional exhibition on the history of Jewish settlement in Březnice and its surroundings. The gal-lery is used for short-term exhibitions. The permanent exhibition was designed by Daniel Polakovič of the Jewish Museum in Prague. 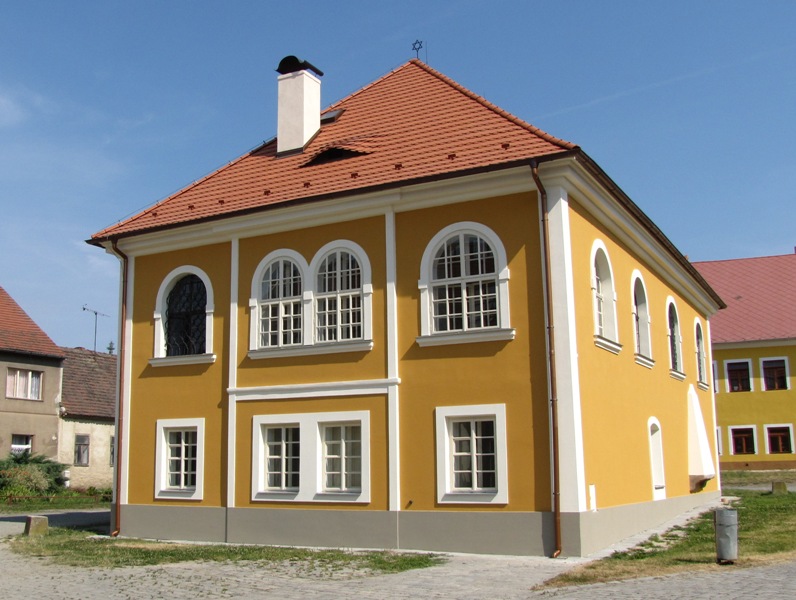 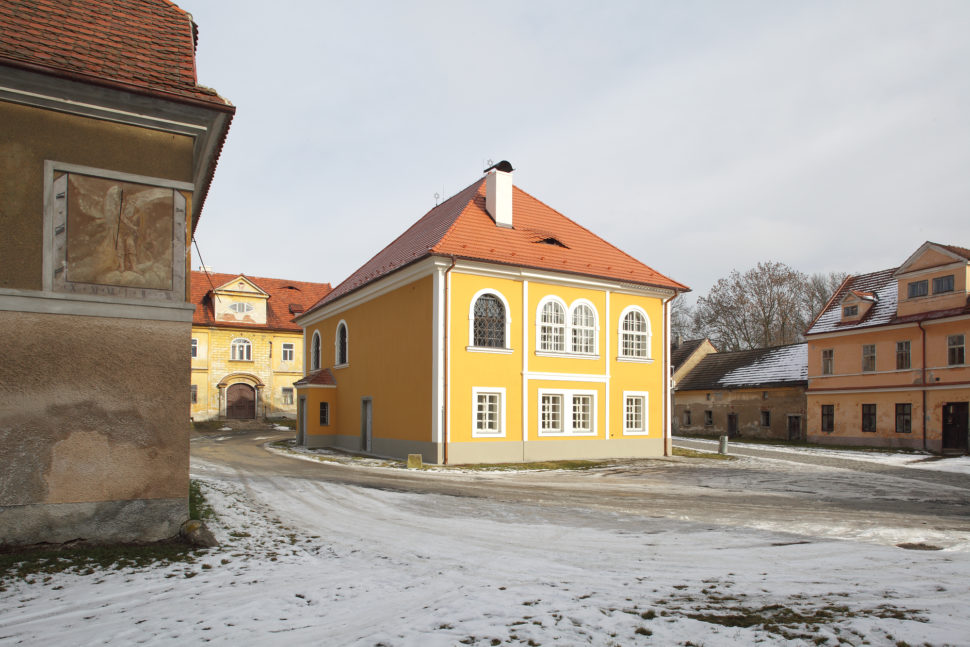 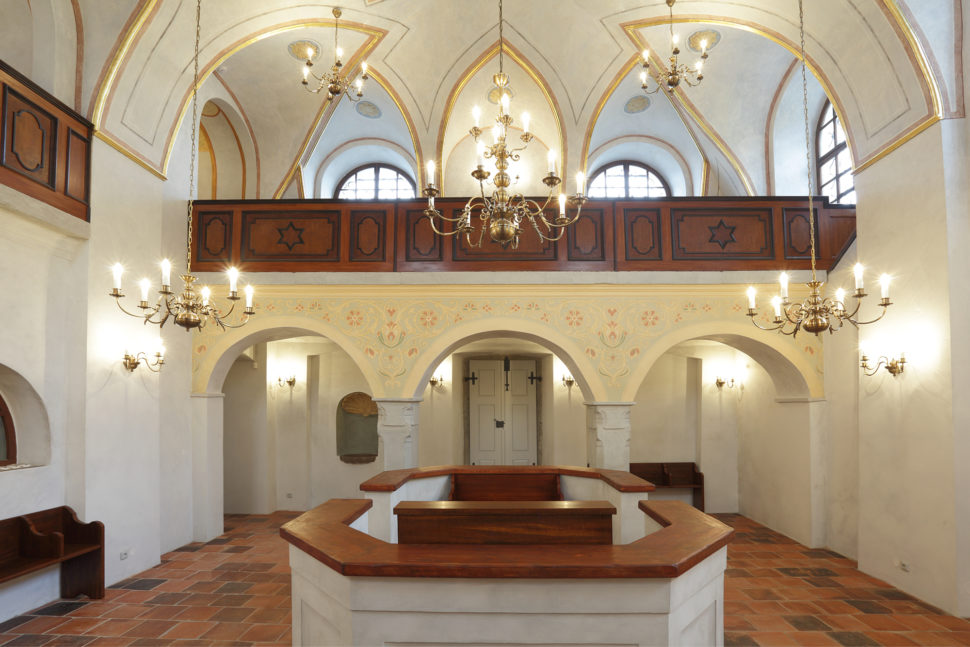